Following his tenure as president of Riverside Methodist, Bruce oversaw the operations of both OhioHealth Dublin Methodist Hospital and OhioHealth Grady Memorial Hospital, coordinating strategic direction in the northern area of Columbus with Riverside Methodist Hospital and other OhioHealth entities. He continued to expand his expertise in the north central region as president of Marion General Hospital, and then as the market leader for the north region of OhioHealth’s service area overseeing Marion General, Hardin Memorial, Mansfield and Shelby hospitals.

Bruce has more than 30 years of experience in healthcare. Prior to joining Riverside Methodist in 2003, he was executive vice president, hospitals/chief operating officer for Spectrum Health in Grand Rapids, Michigan, where he was responsible for day-to-day operations of the Blodgett and Butterworth campuses, as well as DeVos Children's Hospital.

He began his career at Wausau Hospital Center in Wausau, Wisconsin, serving in various administrative roles including assistant vice president and interim CEO. 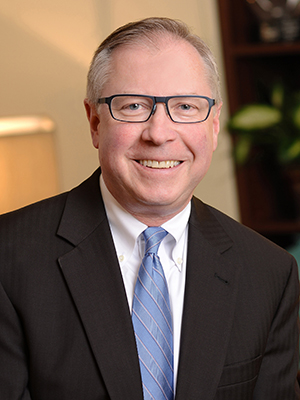