Karen Morrison serves as a senior corporate officer in her roles as president of the OhioHealth Foundation and senior vice president of OhioHealth Corporation. She has been with OhioHealth for over thirty years serving as a health care executive and lobbyist currently leading the enterprise strategy for external relations including community relations, corporate reinvestment, community health and wellness and government affairs. She manages the local, state and federal advocacy strategy for the enterprise and is an experienced leader in health care public policy. In her role as the Foundation president, Ms. Morrison provides executive fundraising leadership to advance the philanthropic mission of the enterprise and she oversees all aspects of the Foundation’s strategic operations. Additionally, Ms. Morrison provided interim leadership as the Chief Ethics and Compliance Officer, overseeing ethics, compliance and internal audit for the enterprise.

OhioHealth is the parent company for twelve hospitals, 200 ambulatory sites, a comprehensive home care provider, hospice, and rehabilitation services. The enterprise serves a forty-seven-county region and represents 30,000 employees. The corporation generates $6 billion in revenue and is consistently ranked as one of the top ten health systems in the country.

In March 2022, she was elected as a director of Greif, Inc. (NYSE: GEF). In 2021, she was elected as a director of Palmer-Donavin, a 100-year-old manufacturing company providing wholesale distribution of building supplies. In 2018, she was elected as a director of SafeAuto, a property and casualty auto insurance company. She also serves as a member of the Fifth Third Bank Advisory Board of Directors, Central Ohio; the Columbus Regional Airport Authority, the Columbus Zoo and Aquarium, Malcom Baldridge Foundation, and Ohio University Heritage College of Medicine Advisory Board. In 2012, she was first appointed by Columbus Mayor Michael B. Coleman to serve on the Board of Health and was reappointed by Mayor Andrew Ginther in 2017, and is past chair of the Columbus Board of Health. She was appointed by Governor John Kasich to the Bowling Green State University Board of Trustees, and chaired the finance, audit and nominating and governance committees.

Ms. Morrison is a member of the American College of Healthcare Executives.

Additionally, she is a member of the Executive Leadership Council and The Links, Incorporated, serving on its national executive council for three administrations. Ms. Morrison was recognized as one of the “12 Women You Should Know” by Women for Economic and Leadership Development. She was featured in Columbus CEO, highlighting her accomplishments as an influential, executive business leader in Ohio. Ms. Morrison was honored as a 2016 YWCA Woman of Achievement. Most recently, Becker’s Hospital Review recognized Ms. Morrison as one of the “68 African American Leaders in Healthcare, 2019”. 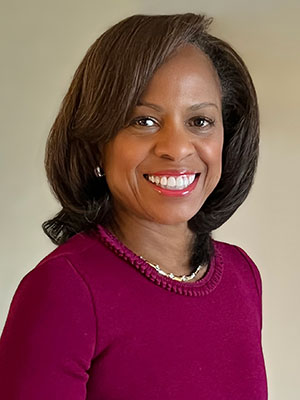