Stephen E. Markovich, MD, brings a unique blend of knowledge and experience to his role as president and chief executive officer for OhioHealth. In addition to being a healthcare executive, he is also a physician and military leader.

After earning a Doctor of Medicine degree, magna cum laude, from The Ohio State University College of Medicine, Dr. Markovich completed his residency in family medicine at Riverside Methodist. He has practiced as a family and emergency physician at Riverside Methodist and served as clinical assistant professor in the Department of Family Medicine at The Ohio State University. Dr. Markovich also served as president of OhioHealth Riverside Methodist Hospital and before that held a variety of roles at Riverside Methodist, including chief operating officer, vice president of clinical services, associate medical director, and associate and assistant director of the Family Practice Residency program. He served as Senior Vice President for Acute Care Operations overseeing OhioHealth’s central and regional hospital operations, home care, nursing, inpatient case management, trauma leadership, shared support services, transfer center, and safety and security. Most recently, he served as executive vice president of OhioHealth, until assuming the role of president and CEO in July 2019.

In addition to his career in medicine, Dr. Markovich has a laudable military career. He retired from his role as a major general and Commander of Ohio’s 5000 member Air National Guard in December 2018 where he focused on strategic planning, force development and the development of future missions. Prior to that, he held a number of positions, including the Ohio Air National Guard’s chief of staff and the State Air Surgeon, the senior medical officer responsible for integrating state and national Air Guard leadership with all medical units within the state. With an extensive military background, Dr. Markovich has logged more than 2,000 flying hours as a fighter pilot, completed three overseas deployments to the Middle East and has led the development of the medical-response task force that responds to medical disasters in the State of Ohio.

Dr. Markovich is also a teacher, author and national speaker. He currently serves on the board of the Ohio Hospital Association, Central Ohio Hospital Association, the Columbus Partnership, the National Veteran’s Memorial Museum Board and the Columbus Symphony.  He is recognized as one of Columbus’ most influential leaders by Columbus Business First and was named Columbus CEO Magazine’s 2020 CEO of the year.

Dr. Markovich earned a Bachelor of Science in engineering from the University of Michigan and a Master of Business Administration from Wright State University in Dayton. He lives in Dublin with his wife and three children. 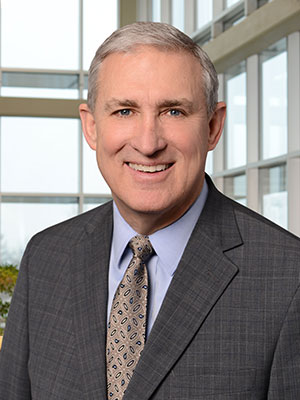