Terri W. Meldrum, Esq., joined OhioHealth in 2002 and is currently the Senior Vice President and General Counsel. Terri is responsible for leading a team of attorneys, paralegals and support staff responsible for all aspects of the day-to-day legal representation of OhioHealth and its over 30,000 associates, 700+ multi-specialty physician medical groups, 13 hospitals and numerous healthcare facilities, and joint ventures. She is also responsible for management of the system’s risk management department, enterprise risk management function, crisis and disaster planning, self-insurance program and captive insurance company.

Terri received her Bachelor of Arts degree from The Ohio State University in 1990 and her Juris Doctor from The Ohio State University Moritz College of Law in 1993. After graduating from law school, she served as an Assistant Attorney General in the Business & Government Regulation section of the Ohio Attorney General’s Office, until moving to private practice in the healthcare department of Taft, Stettinius & Hollister.  In that capacity, she represented physicians and physician groups in all aspects of healthcare, corporate and regulatory law. 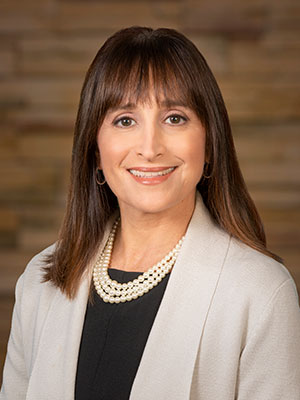